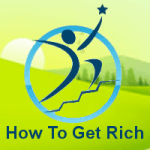 This post is based on an article in the UK Sunday Times 18 May 2014. The article is in the edition that publishes the annual UK Rich List, complied by Phillip Beresford.

It includes comments by Tino Sanandaji who together with his brother Nima recently published a report on super-entrepreneurs for the Centre for Policy Studies.

The brothers looked at Britain’s 36 wealthiest self-made business people, and have some interesting observations to make about what characterises the members of the elite super-rich.

Do they have degrees?

They found that only 16 of them had University degrees. Others such as Richard Branson, (Virgin) and Alan Sugar (Amstrad) and Bernie Ecclestone (F1) and Simon Cowell all left school early or with few qualifications.

It does not follow that education can be dismissed. The successful entrepreneurs who did not show aptitude for leaning often developed their business acumen young, often beginning to trade as teenagers.

Childhood challenges such as death of a parent, or poverty, were common to many high achievers. Many had unusual childhoods, have faced challenges and have not had a straight path to success.

Richard Branson has launched about 100 business under the Virgin banner, not all of them have been successful. What happened to Virgin Cola, Virgin brides and Virgin Vie? But, say the Sanandajis, failure is a spur for entrepreneurs, they do not seek safety, but accept risk.

The characteristics of successful entrepreneurs

The Sanandajis identify the important characteristics of entrepreneurs as

It is important to choose the right kind of business. Online businesses are more open to entrepreneurs because they have low start up costs and do not require a large workforce. It would be almost impossible to compete with Boeing, Airbus Toyota and Volkswagen.

The brothers expect the future stars of the rich list to come from across the spectrum including consumer goods, recruitment, food and drink, business services, construction related, leisure, finance, engineering, healthcare, computers, electronics and media.

The British Governments “women in enterprise “champion says that just 20% of British businesses are owned by women, and this is reflected in the lack of women ranking in the rich list.
Kate Gussing of Sapphire Partners, a recruitment company says that women are not less able, but may be less demanding and pushy, and more cautious.

The right environment is also crucial for entrepreneurs. Factors which play a part are low taxes, stability, access to venture capital, and good legal framework.

Does Luck play a part?

The other factor that is acknowledged is luck.

The Arora brothers who own B&M, benefitted from the collapse of Woolworths in the UK, picking up dozens of stores from the wreckage. They are on the brink of a stock market listing that could value them at £3bn

All they had done was be in the right place at the right time, with the right idea.
If only it was that easy!!