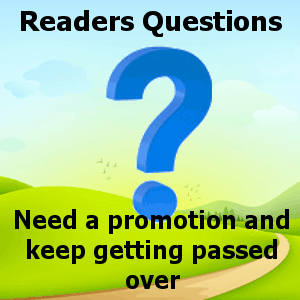 I have worked in this office for five years now. Whenever a member of staff leaves for some other job elsewhere my boss always brings in a new member of staff instead of promoting those of us at the bottom. It has happened twice. I need promotion.

Can you advise me? 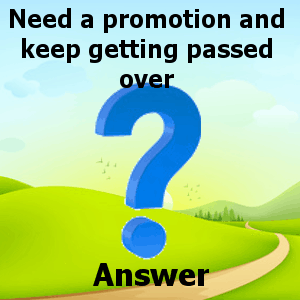 Speaking as an employer, recruiting new staff is extremely expensive in terms of paying for adverts, possibly using a recruitment agency, and selection and interview time. Then the new staff member has to be inducted and takes a while to learn the job and get used to the company.

So why do you think your manager does not promote from within the company?

The most likely reasons are that;-.

Let’s take a look at each of them in turn. Then you need to talk to him.

He hasn’t thought about the cost

This is possible, but unlikely. Most managers are very aware of costs. Difficult for you to point out to him bluntly, but it might be worth mentioning briefly in discussions

He doesn’t know you are seeking promotion

Have you discussed it with him? If you have regular appraisals or performance reviews then bring it up. Make sure he knows what your ambitions are. And that there is a personal development plan in place to give you the skills you need.

Ask to learn new skills to equip you for progression in the company. Offer to cover people’s holidays or illness. Help out in busy times by doing more than just what your job description demands.

Make it clear you are ambitious and willing to take on extra work, but that in return you are looking for promotion or an increase in pay . Sometimes you can carve a niche for yourself without waiting for someone to leave.

If this is the case it is more of a problem for you. Listen carefully to what he says in your discussions, as he may choose to hint at this rather than say it bluntly.

If you think that is what he is telling you, but you believe you are capable, then you need to say so, and to ask for the opportunity to prove it. You will have to take on extra work to show this, and probably not be paid extra for a while. But you are working there anyway, if you are ambitious you will be willing do that and wait for your reward.

Knowledge and experience is never wasted, and even if you end up moving on to another company to progress your career, it will stand you in good stead.