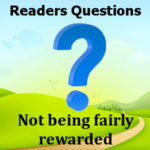 I am a journalist with more than 20 years of experience of my job. I am not happy with my job just because of the salary/benefits I am getting. This is the salary which is equal to the amount I would have been getting 17- 18 years ago, had there been proper implementation of our Wage board. Since our case is in the Supreme court and new Wage board, through which the salaries of print media staff are decided, hasn’t been announced for the past 17-18 years, we haven’t been given any raise/increment.

Now if I go anywhere , if they ask my present salary then it is very low and they give a little extra above, this which is not beneficial for me

Secondly, I am over experienced so they don’t hire me in the first place as they know that there is no one, or very few, who match my work and experience. So, they prefer young staff.

I am very worried as my career has come to a stagnation. There is no chance of in house promotion too as I have reached the highest scale. But this scale is according to the 7th Wage board award, which was implemented 17 years ago in 2000. Now I should have been getting salary according to the 10th Wage board which would have been far better, but this was not announced.

I have no solution to this issue. The Management uses delaying tactics, saying that when the Wage board will be announced they will increase my salary, And in the background, they lobby the government, in order to stop announcement of new wage board award.

I am in a fix. Please advise what to do, to move in the career and also get the salary according to my work experience.

That very much depends what options you have. What else are you able to do? Can you make a living by writing freelance, or by getting a job outside the jurisdiction of the Wage board?

You could discuss with your management that you are forced to consider different career options, but it sounds as though they would not be prepared to make an exception to keep you. Your call.

It is quite widely recognised now that it is difficult to make a lot of money in journalism unless you are the top of your profession, which you appear to be. Many journalists appear to be freelance and write for several publications. So that may be worth a try, but first evaluate your options.

When you are asked your current salary, you should say something like “-I could tell you that but it has not been adjusted by the Wage Board, so it is a meaningless figure and does not reflect my worth. That is why I am seeking new employment. The figure I am looking for is X”

You need to make a decision whether you have no option but to compete against the younger journalists, and what you are prepared to accept to get work.

Then you need to fundamentally review your life and career. We have discussed often on this site that people will expect to have several careers during their lifetime now. You probably have at least twenty years of your working life left, plenty of time to build a new career using your skills.

We have touched on this here

Surely in twenty years things have moved on in your line of work, Journalism is not just print media now, look at all the new technologies and the new career paths they will offer. What’s the next opportunity that is opening up?

There is TV, all the new broadcast platforms, 24 hour rolling news channels, mobile news updates – who knows what will happen next in the world of journalism?

So you need to look at moving out of the area, changing jobs, but still using your journalistic skills, maybe a complete change of direction, perhaps freelancing, or even write a novel. Maybe you could teach the subject you excel at?

The list is quite long, I’m sure you could add to it.

You have some thinking and re-evaluation to do, but exciting times may be ahead. If as you say there is no one, or very few, who match your work and experience, then perhaps you might be the person a new venture would entrust with their idea. You have the proven journalistic expertise.

Make your next project research into your future career possibilities.