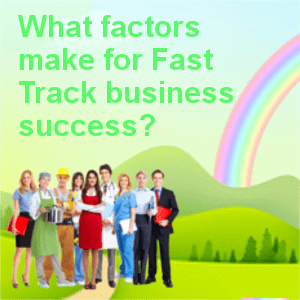 Let’s look at the common factors we can identify in the Sunday Times Virgin Fast Track 100 companies, who are some of the most successful UK companies. Some of the sponsors have identified factors they believe to be important.

One of the trends that is emerging, according to Stephen Welton of the UKs Business Growth Fund, a sponsor of the Fast Tack 100, is the rise in the use of growth capital. Thirty eight of the 100 companies in the 2014 list have used business angels, corporate investors or outside equity. This is a doubling over the last 3 years.

The Growth Fund’s mission is to help business to grow in the UK. To do this they aim to change perceptions and demonstrate to entrepreneurs that raising growth capital does not have to mean losing control of your business. The fund takes a minority stake in a business, and will also help them to realise their full potential but they do not interfere with the management of the business.

Stephen Welton lists the benefits of growth capital as;-

Stuart Lisle of BDO, an auditor and tax adviser, and also sponsor of the Fast Tack 100, says that successful companies are the engines of the economy’s growth, job creators, investors in new technology, and overseas expansion.

BDO see their role as helping to encourage investment and allowing companies to think and act like a large business from the outset, by setting up the software and systems that will accommodate expansion.

Richard Phelps refers to the challenges entrepreneurs face to achieve scale, commenting that it can be a struggle to move up a level and take on bigger competitors.
Phelps notes that just over half the Fast Track 100 have expanded overseas .Other Fast Track companies are growing in performing well in the UK market.

Twenty six of the fast track 100 are manufacturing companies. Half of the companies operate in the service sector and a third have grown after receiving funding from private equity investors, venture capitalists or business angels.

The Fast Track 100 companies have grown sales by 71% a year for the last three years, as a group. This is in contrast to the low rate of sales growth achieved in the rest of the country. Many high growth companies have seen their growth plateau, as they struggle to achieve scale.

Phelps argues that larger businesses are better placed to take advantage of economic recovery than smaller companies, because they already have distribution networks and an international operation. The fast track companies tend to have access to international markets, management experience, a broad range of products, and access to finance.

Other factors Phelps identified include a strong balance sheet, shareholder support, a cooperative bank working with the company to support their growth with debt facilities and other services.